The Liefdefjord is a fjord in the country of Haakon VII. It has a length of about 30 km. Former names of the fjord are Baye d'Amour, Kjærlighedsbugten, Porto detto l'Amato, Liefde Bay and Love Bay.
It is a land of contrasts. On the large, flat Reinsdyrflya there is a large fjord system that extends over several mountain ridges of very different shapes and ages, from alpine peaks made of very old granite to majestic red mountains made of Devonian sandstone, cone-shaped remains of three volcanoes. Large glacier fronts continuously calve into the sea. Certainly one of the largest polar bear regions in Svalbard. 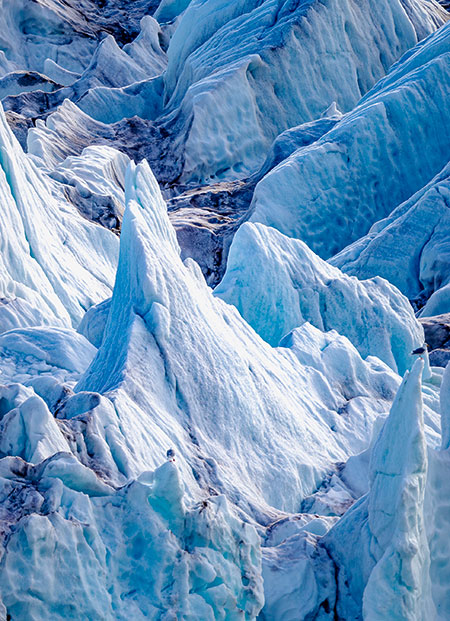