(formerly also Bylotbai or Bilettbai, Inuktitut Saknirutiak Imanga, Greenlandic Avannaata Imaa) is a northern marginal sea of ​​the Atlantic Ocean. The broad bay lies between Greenland and the Canadian Arctic Archipelago, which is connected to the Atlantic by the Davis Strait, to the north by Smithsund with the Arctic Ocean and to the west by Lancastersund and Jonessund. The bay was first discovered by British explorer John Davis in 1585, but is named after William Baffin, who crossed it with Robert Bylot in 1616.

The Baffin Bay basin is about 1.5 times the size of the Baltic Sea. The greatest depth is halfway between Disko Island and Cape Raper on Baffin Island and is 2,905 m. At the northern tip of the bay, at the entrance to Smithsund, there is a year-round polynya with a size of up to 80,000 km² in summer, the so-called north water polynya. Water quality, as well as salinity and color, often change due to occasional snowmelt. There are only a few islands in the bay, mostly near the coast. In the 19th century, Baffin Bay was a popular area for whaling. 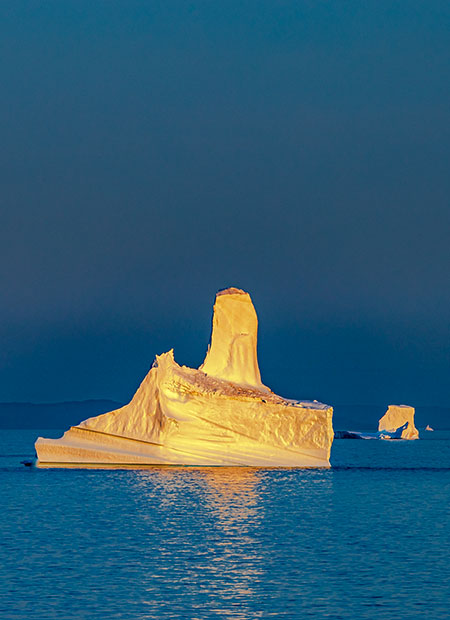