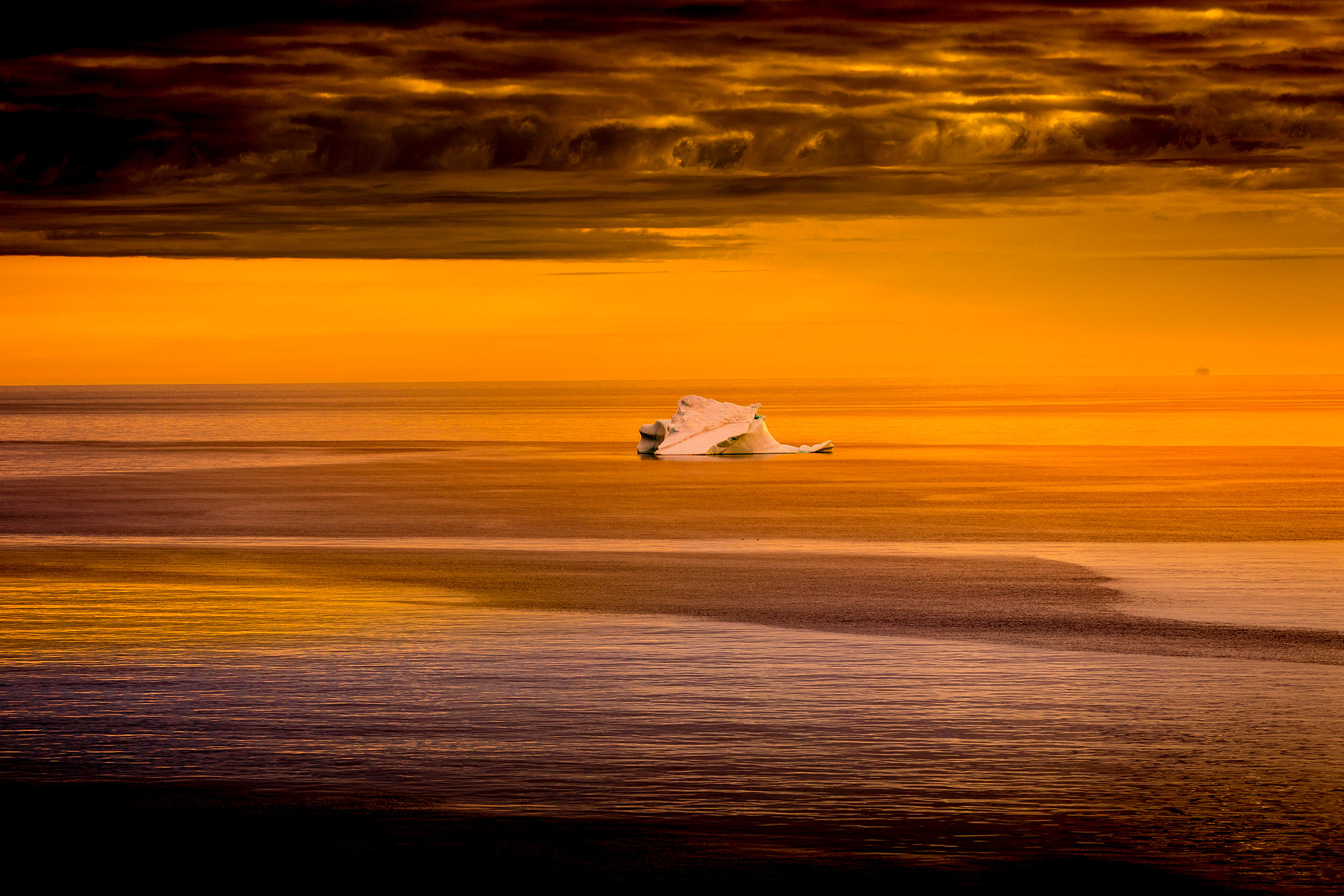 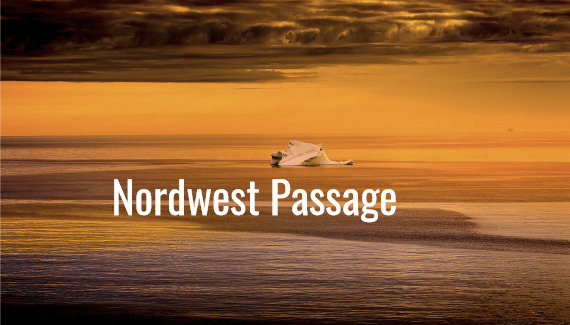 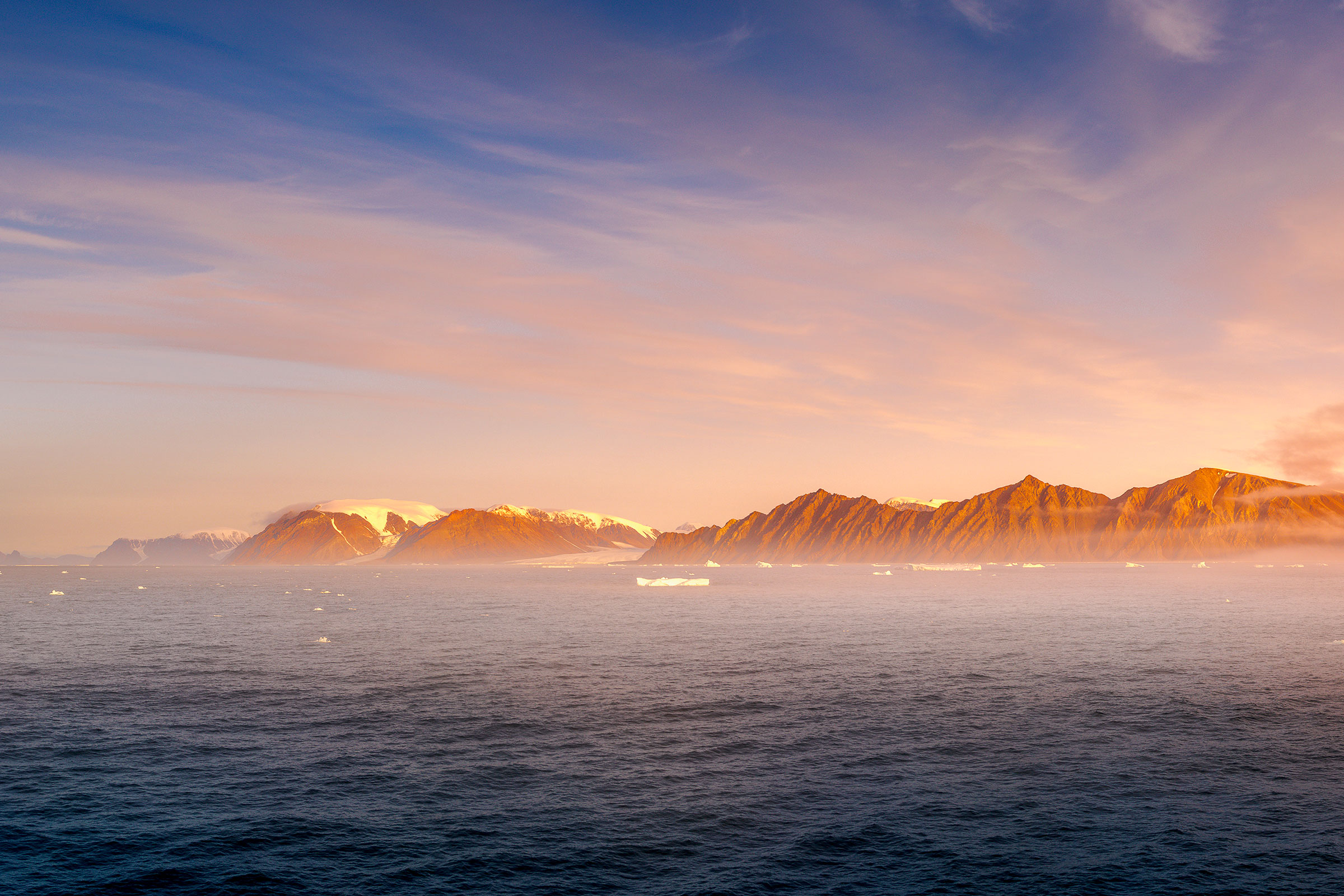 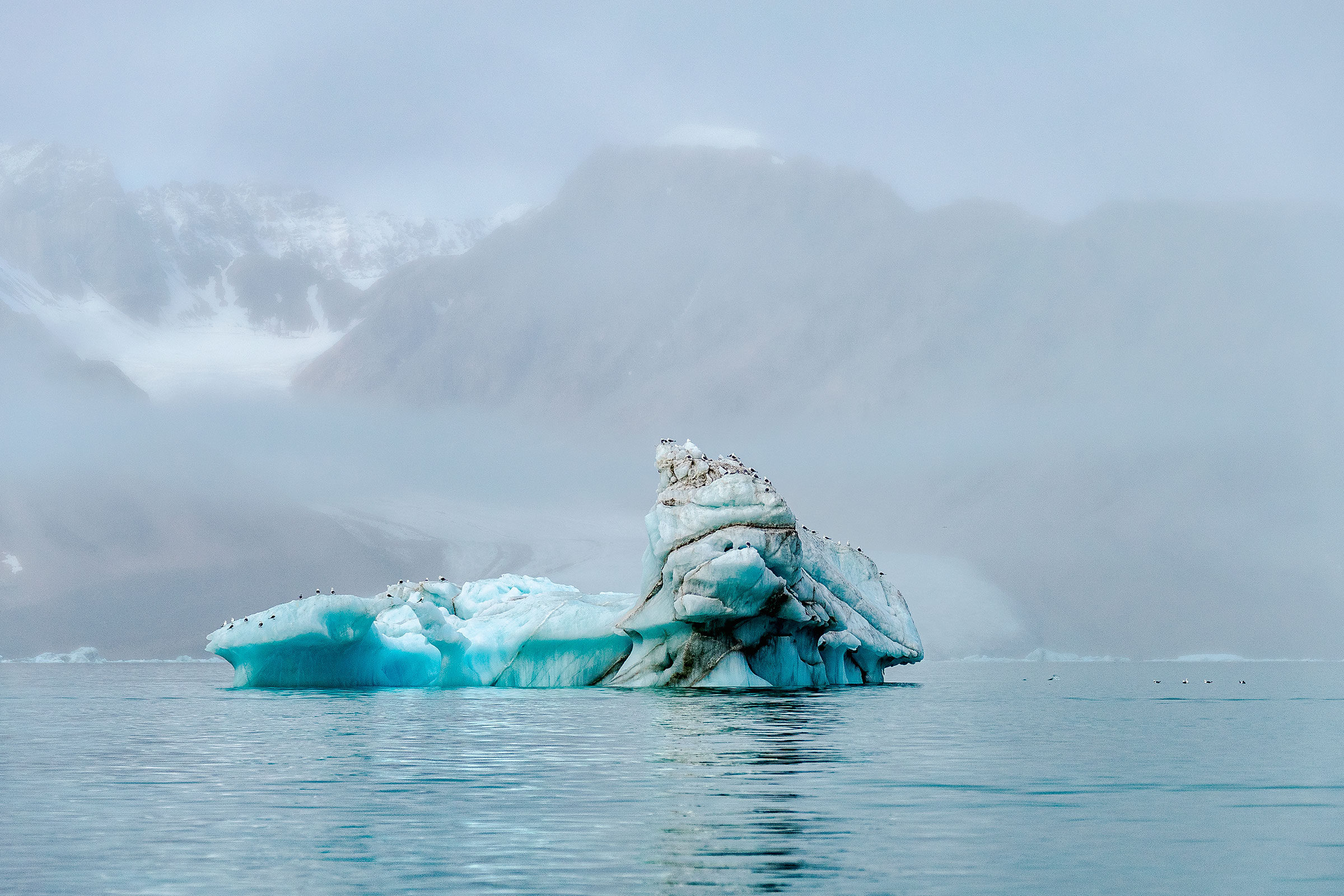 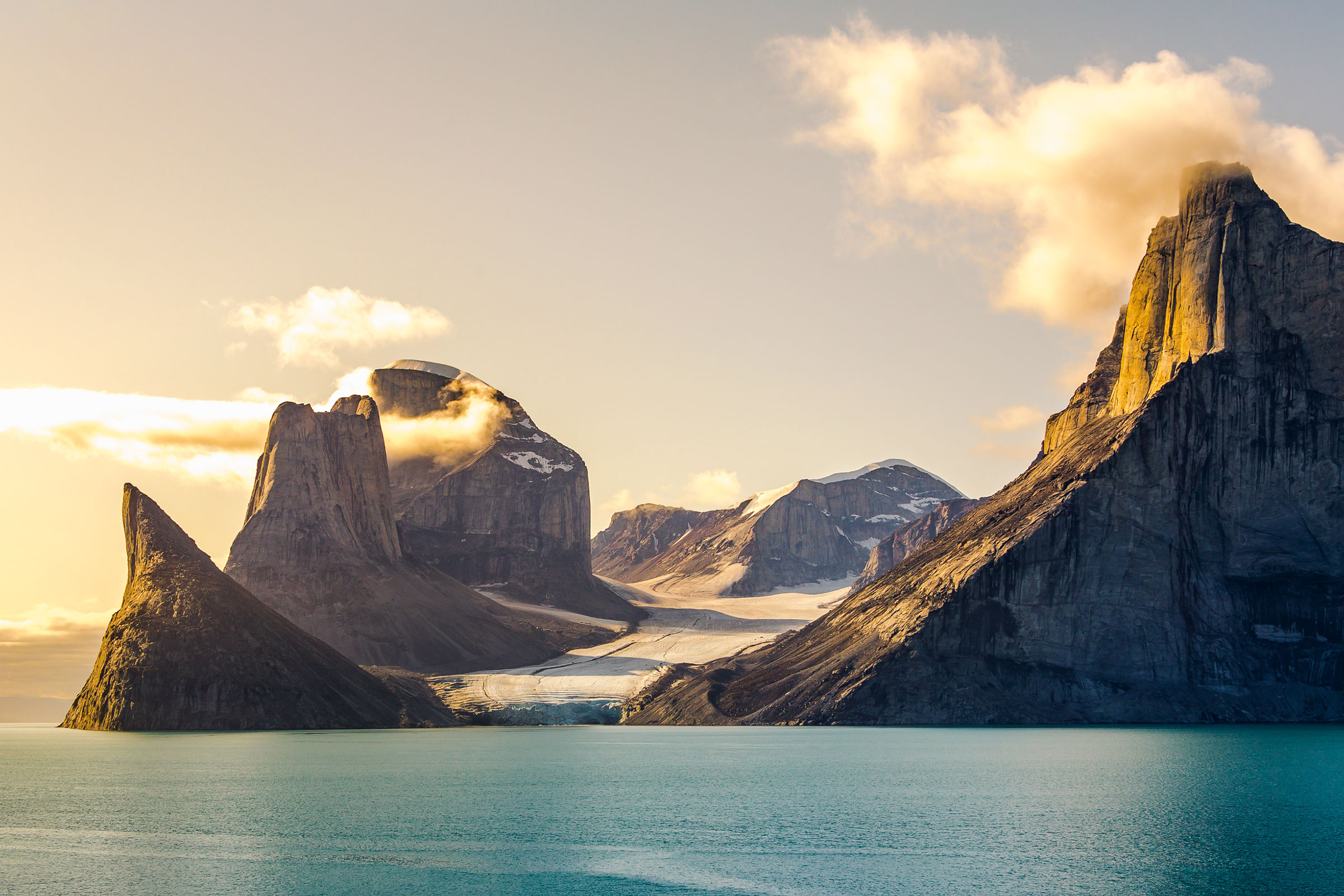 This part of the trip was very impressive, both the gigantic icebergs in Baffin Bay, the majestic mountains in the dawn, the encounter with the Inuits and getting to know their culture, the close encounter with polar bears, walrus and killer whales or the impressive visit to the Franklin graves .
The Northwest Passage is the approximately 5,780 km long sea route that connects the Atlantic Ocean with the Pacific Ocean north of the American continent. It leads across the Arctic Ocean and its marginal seas as well as the associated ocean roads through the Canadian-Arctic archipelago.
Ever since Magellan discovered a sea route around South America to Asia in 1520, geographers, navigators and researchers have speculated about a possible route in northern America. Since such a Northwest Passage would have significantly shortened ship journeys between Europe and East Asia, the seafaring nations searched for a passage in the Arctic Ocean for more than 400 years.
The first complete nautical passage was made by Roald Amundsen 1903-1906 on the route discovered by John Rae through the James Ross Strait, Rae Strait and Simpson Strait on the small ship Gjøa. So he circumnavigated King William Island east and avoided Victoria Strait west of the island where the Franklin expedition had failed. Amundsen wintered twice on King William Island. He had spent a whole summer with the Inuit in the area around the present-day settlement of Gjoa Haven (in the Inuit language: Uqsuqtuuq) on King William Island in order to gain their Arctic experience. 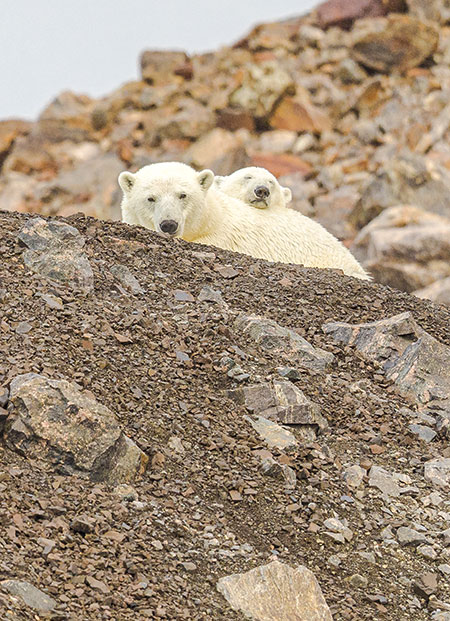 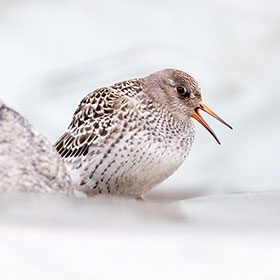 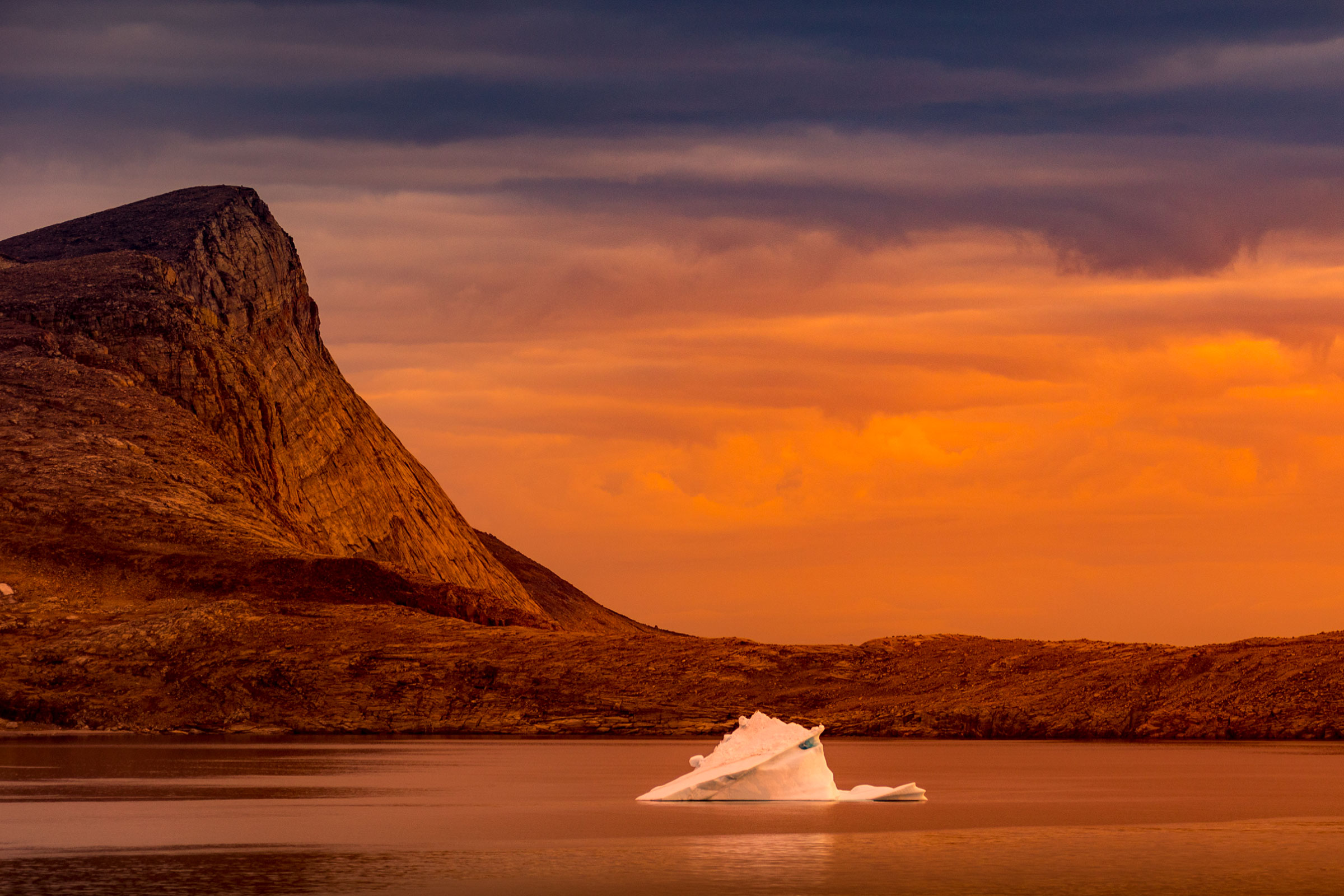 Nunavut Territory, is located on the northeast coast of Baffin Island on the shores of Patricia Bay with about 900 inhabitants (95% of them Inuit). The Inuktitut name is Kangiqtugaapik, "pretty little bay". 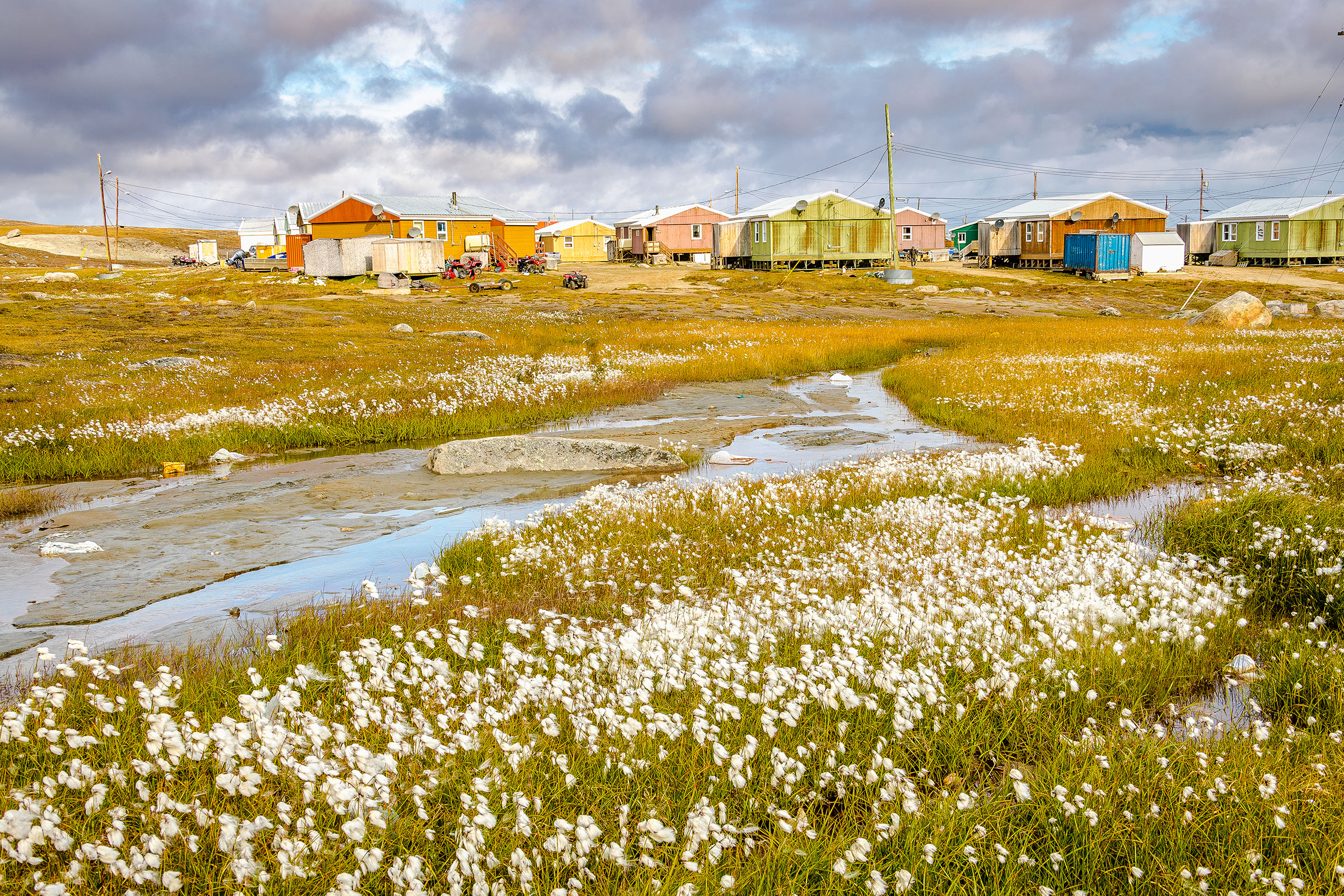 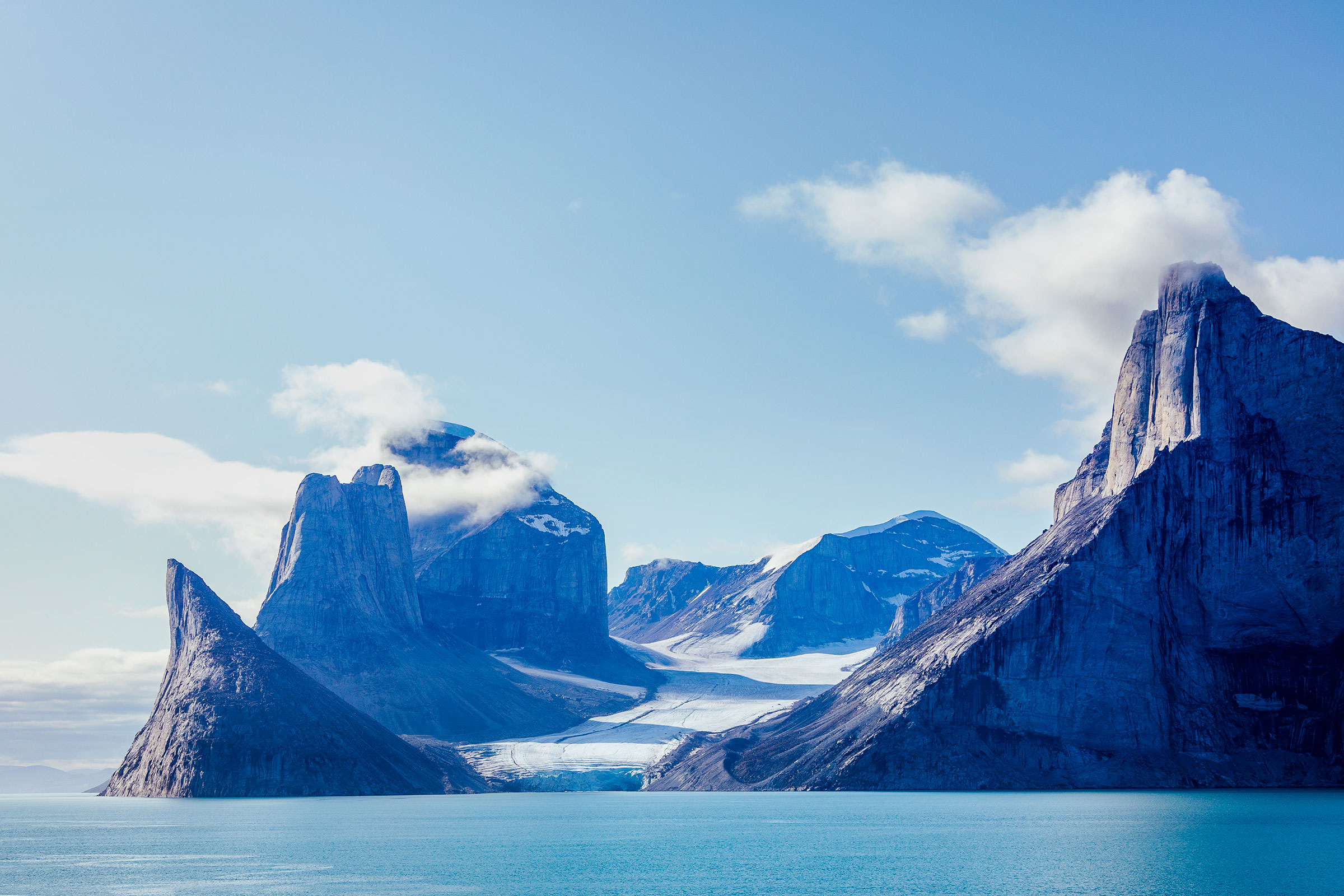 a remote, elongated, dreamlike fjord on the northeast coast of Baffin Island in the Qikiqtaaluk region in Nunavut.

it is about 200 kilometers south of the Inuit settlement town of Pond Inlet and is surrounded by high, weathered cliffs. 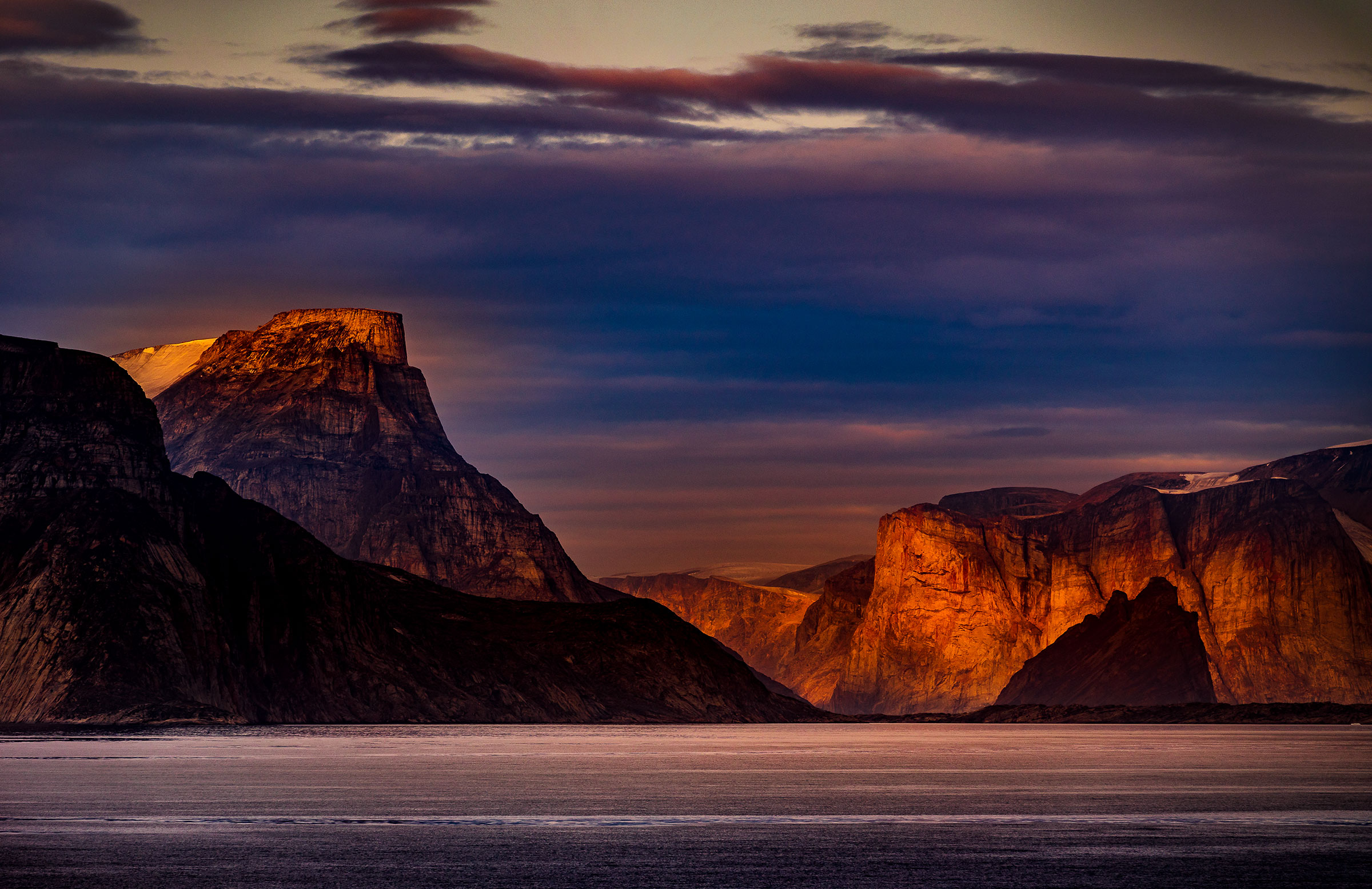 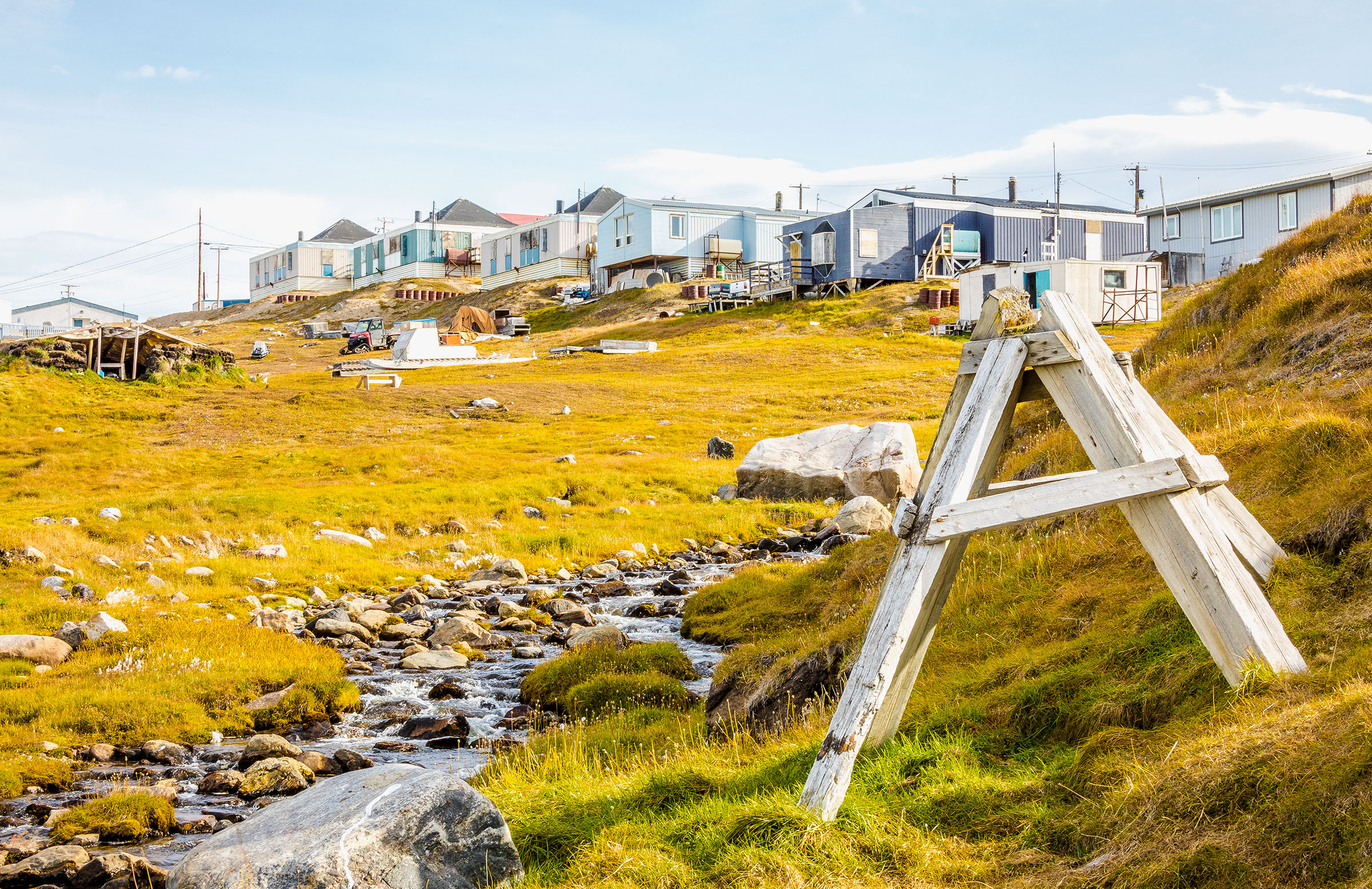 The Inuit call the place Mittimatalik, icH. "Mittimus Platz". Who Mittimus is or was is unknown.

is the second largest of the Queen Elizabeth Islands. Like most of the Canadian archipelago, it belongs to the Nunavut Territory. 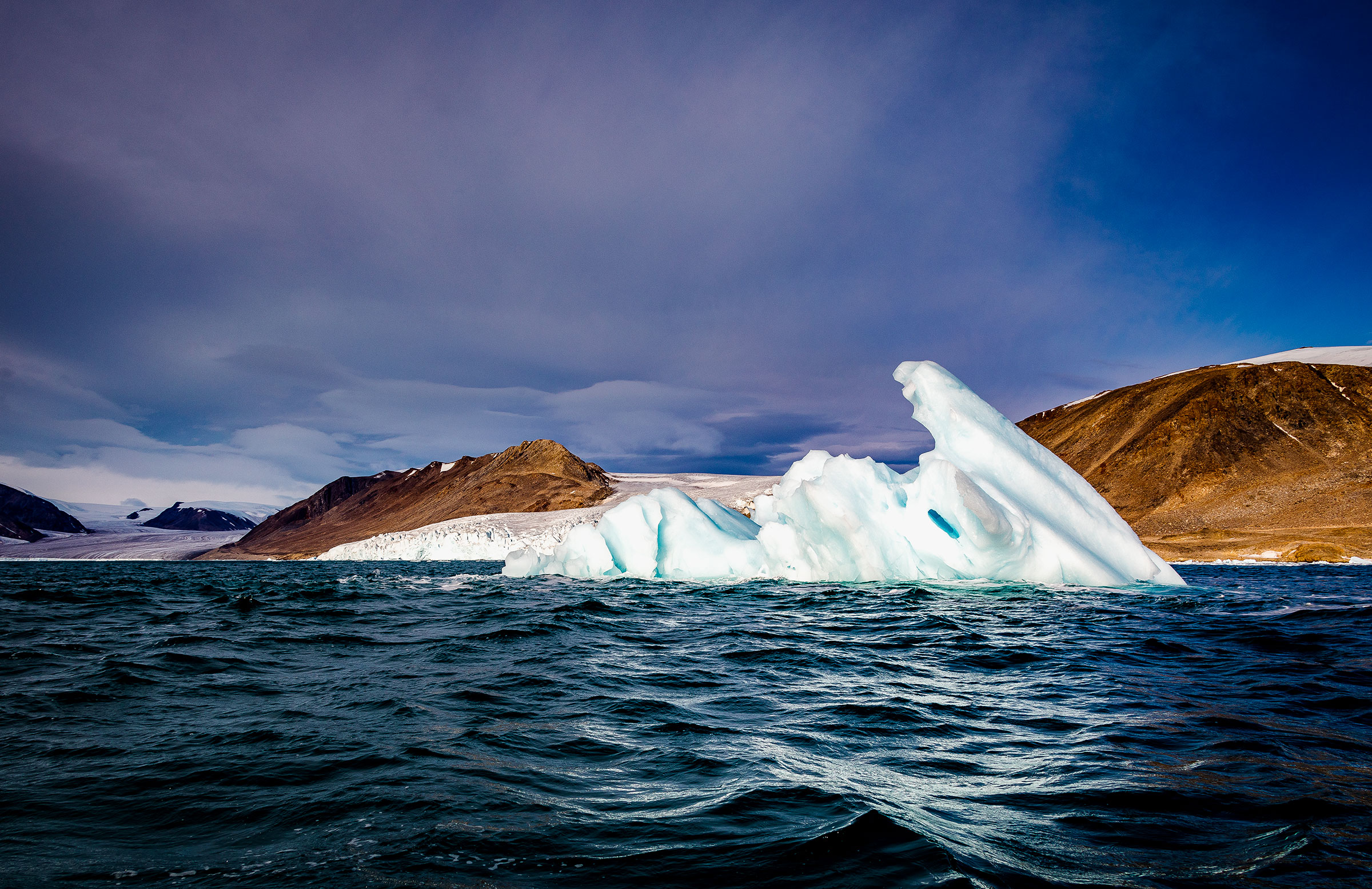 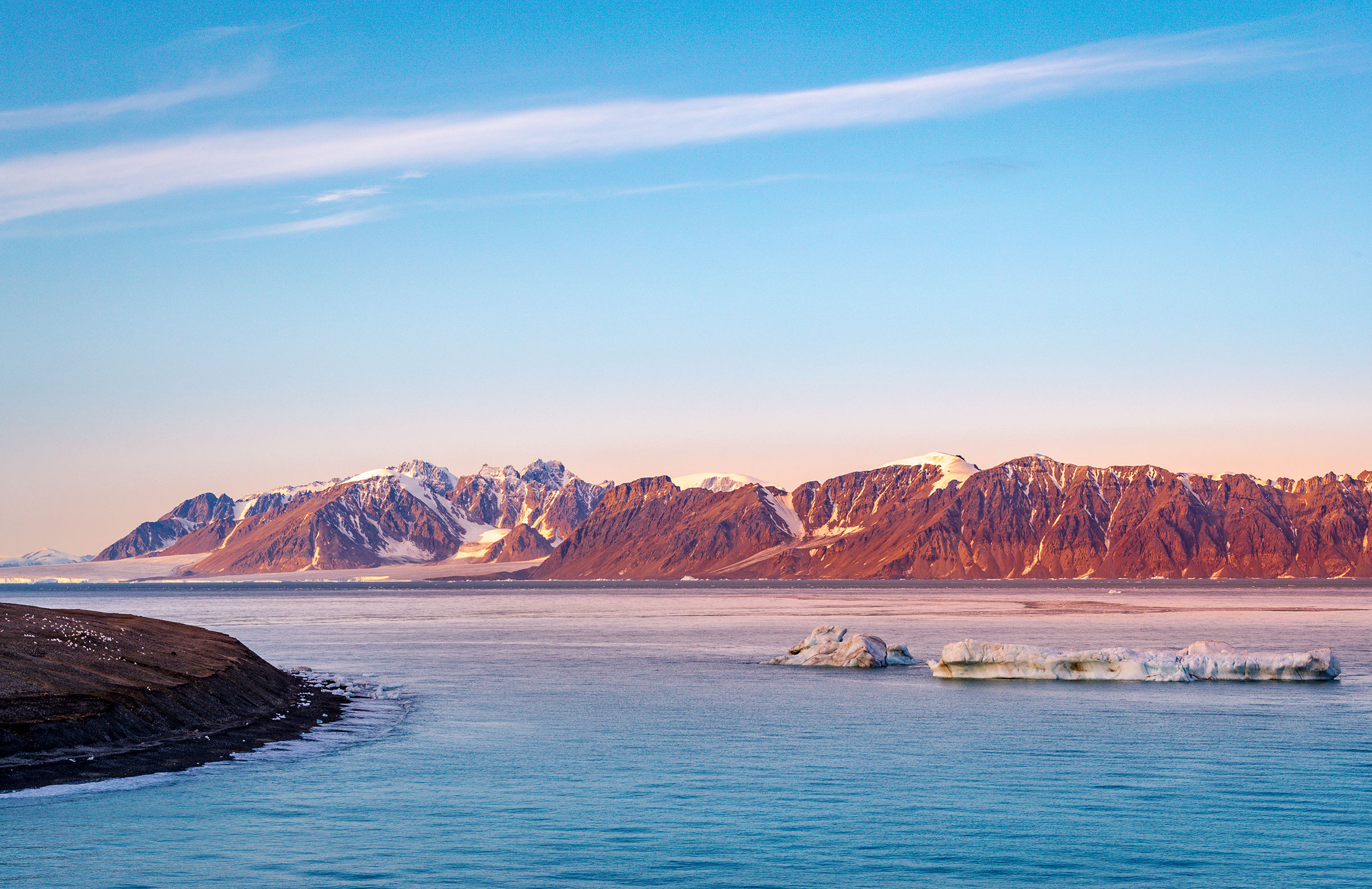 is just off the east coast of Devon Island, where the ice covering Devon Island reaches the Arctic Sea. 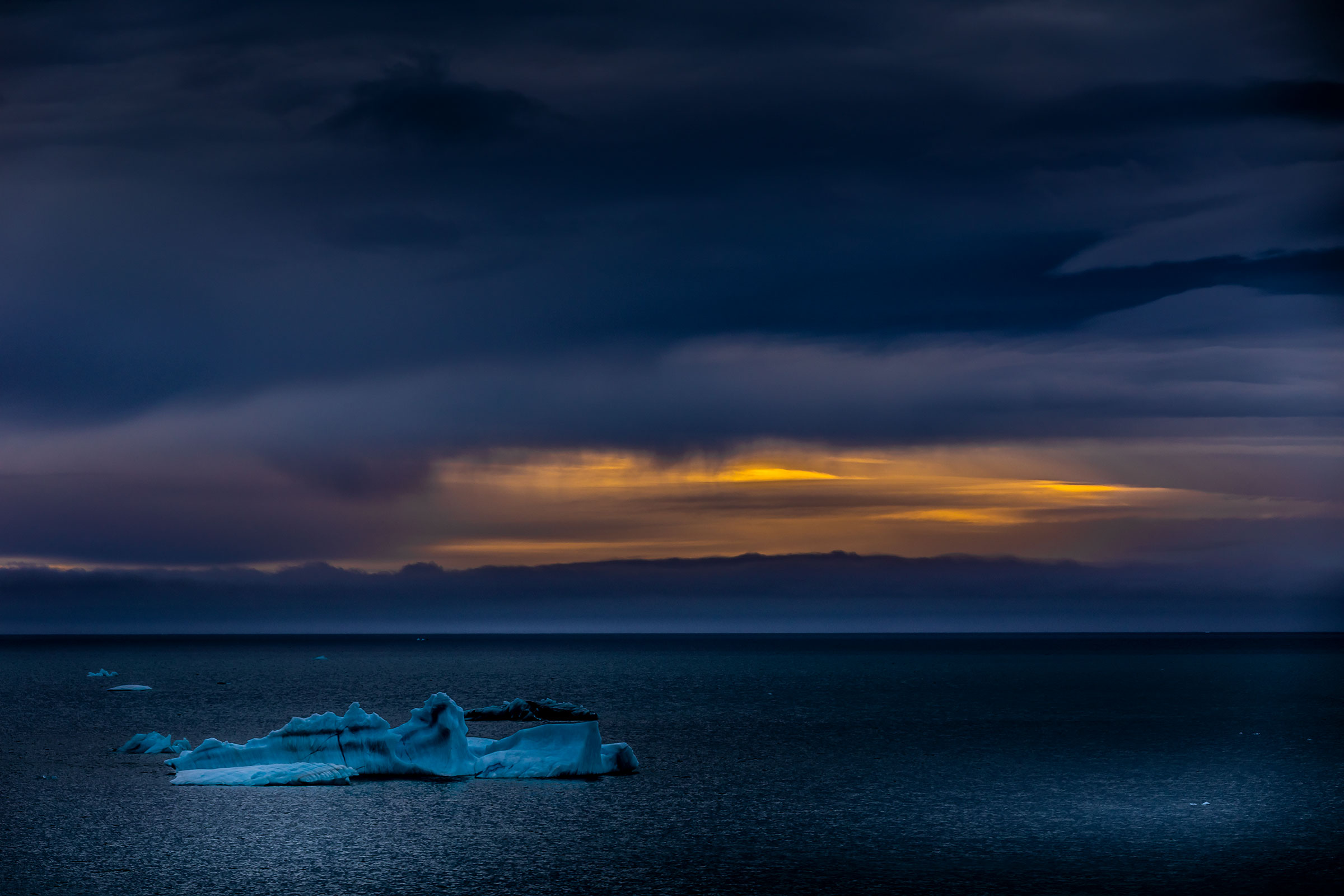 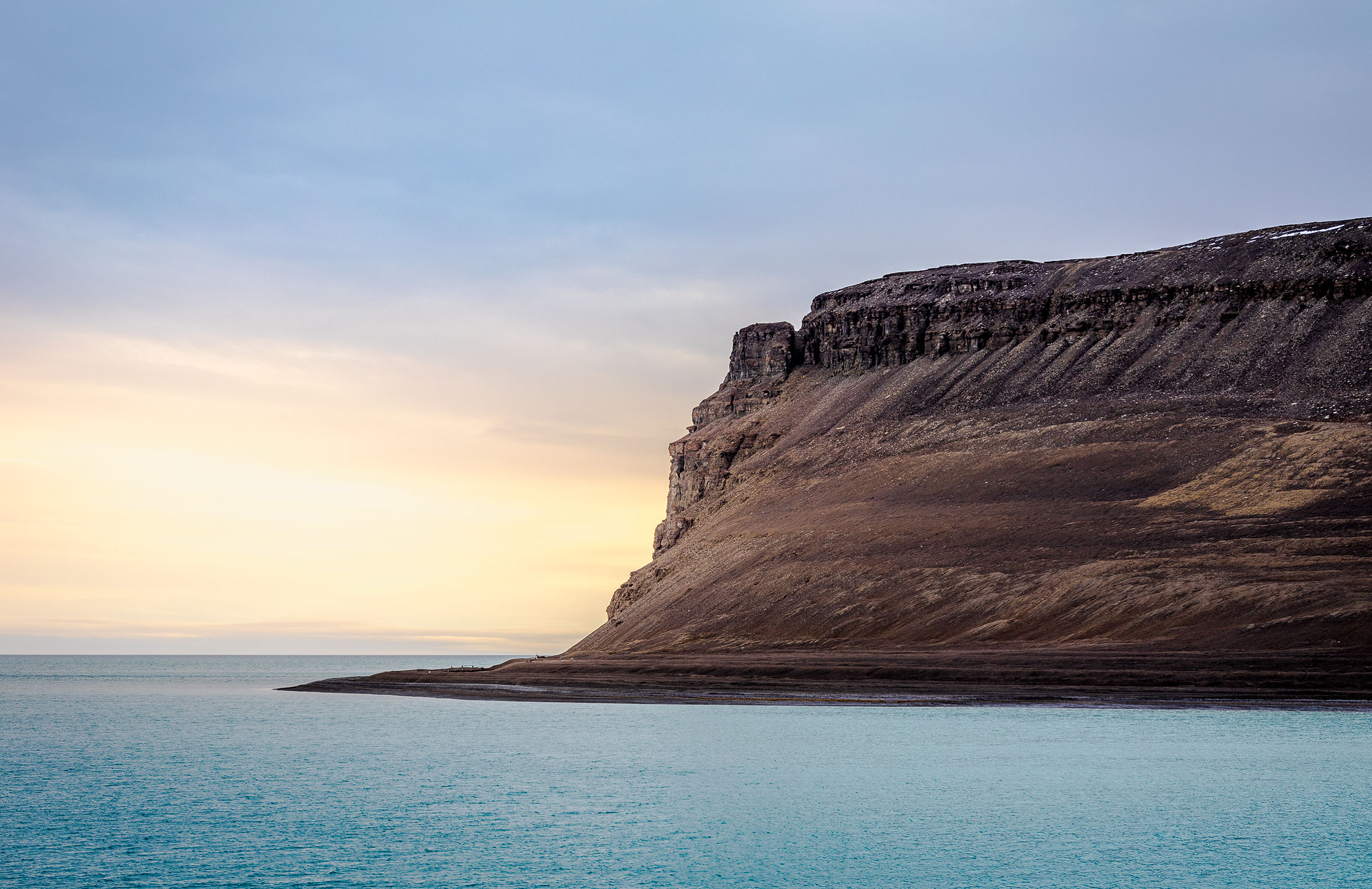 On August 23, 1850, Captain Erasmus Ommanney discovered the remains of a winter camp and graves at Cape Riley, which turned out to be the first traces of the Franklin expedition, which had been missing since 1845. 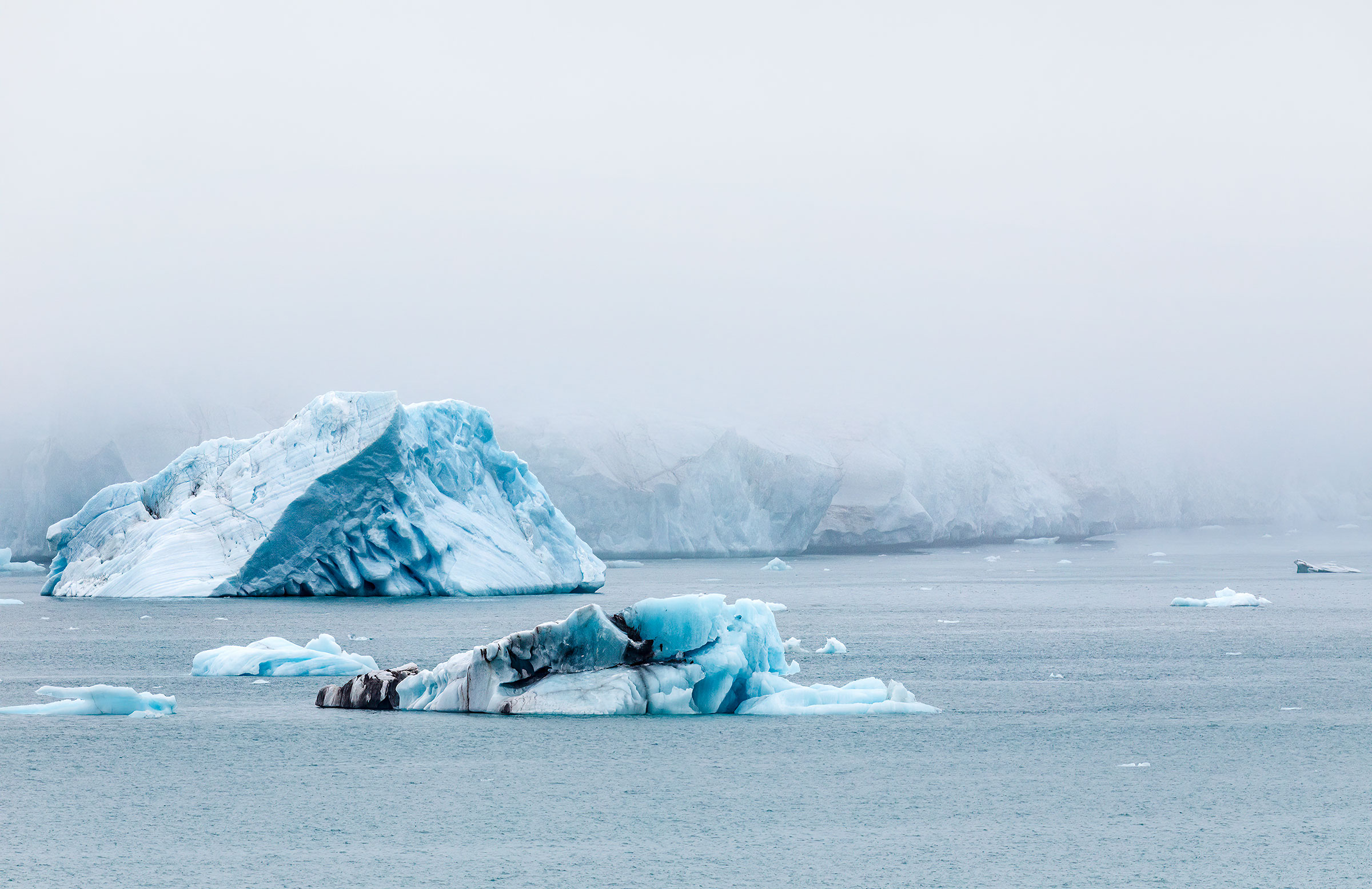 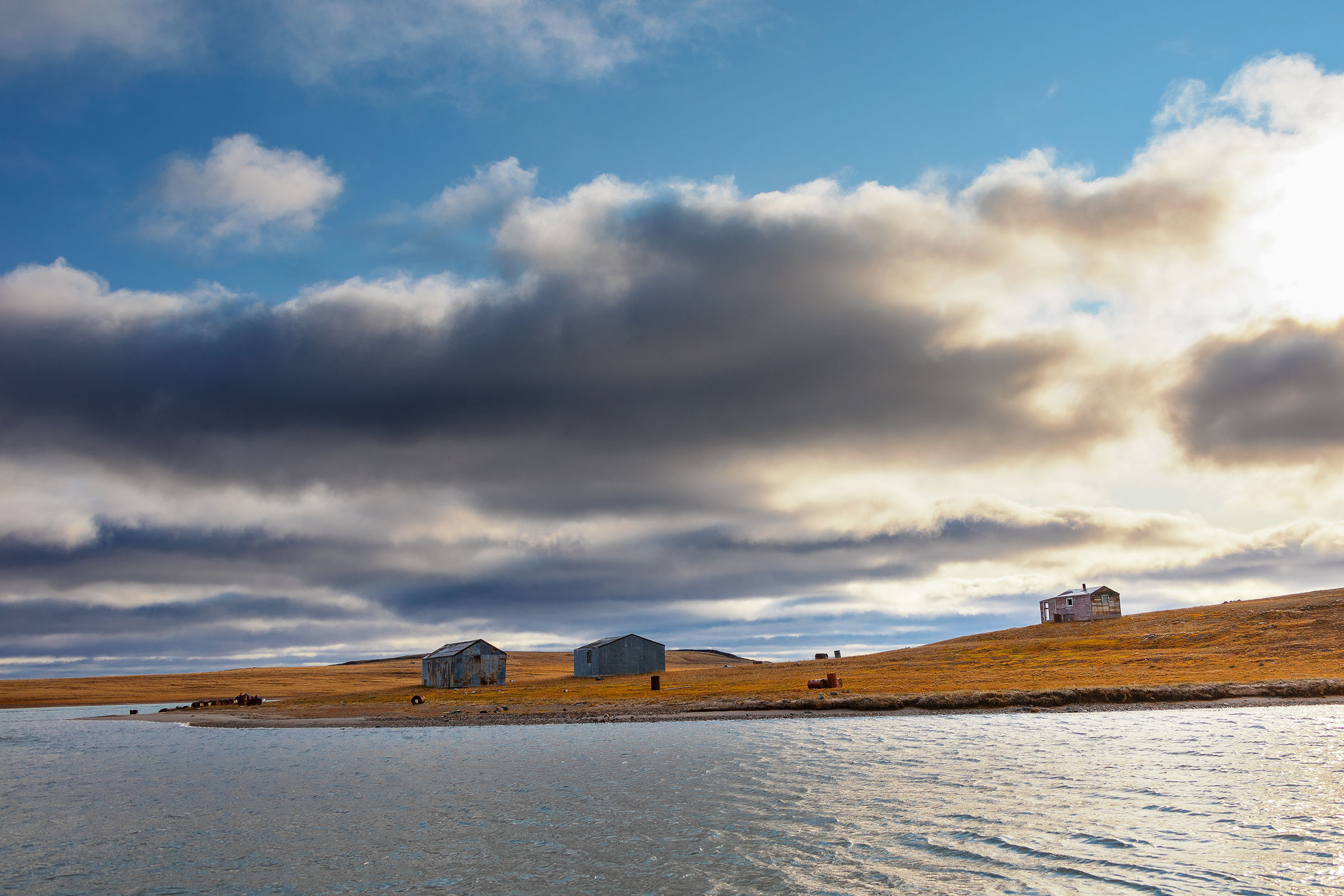 We explored the Nakyoktok River with the Zodiac, landed upstream on land and went on a long hike.